Gulf Oil, a company with a heritage of more than a century, is currently the fastest growing lubricant brand in the world. Gulf Oil was founded in 1901 with the discovery of oil at Spindle Top, Texas, when it drilled the world’s first oil well, and has now evolved into a global brand with a footprint in more than 100 countries. Today Gulf Oil has blending plants & fuel retail stations in 20 countries, and adding to its global stature is Gulf Marine which is present in 1000 ports across 80 countries. 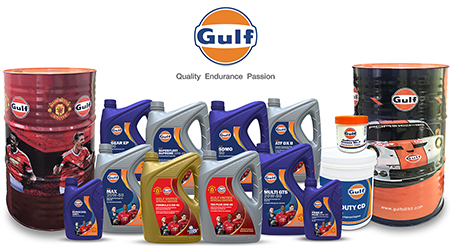 • Up to five quarts of quality motor oil
• Oil filter